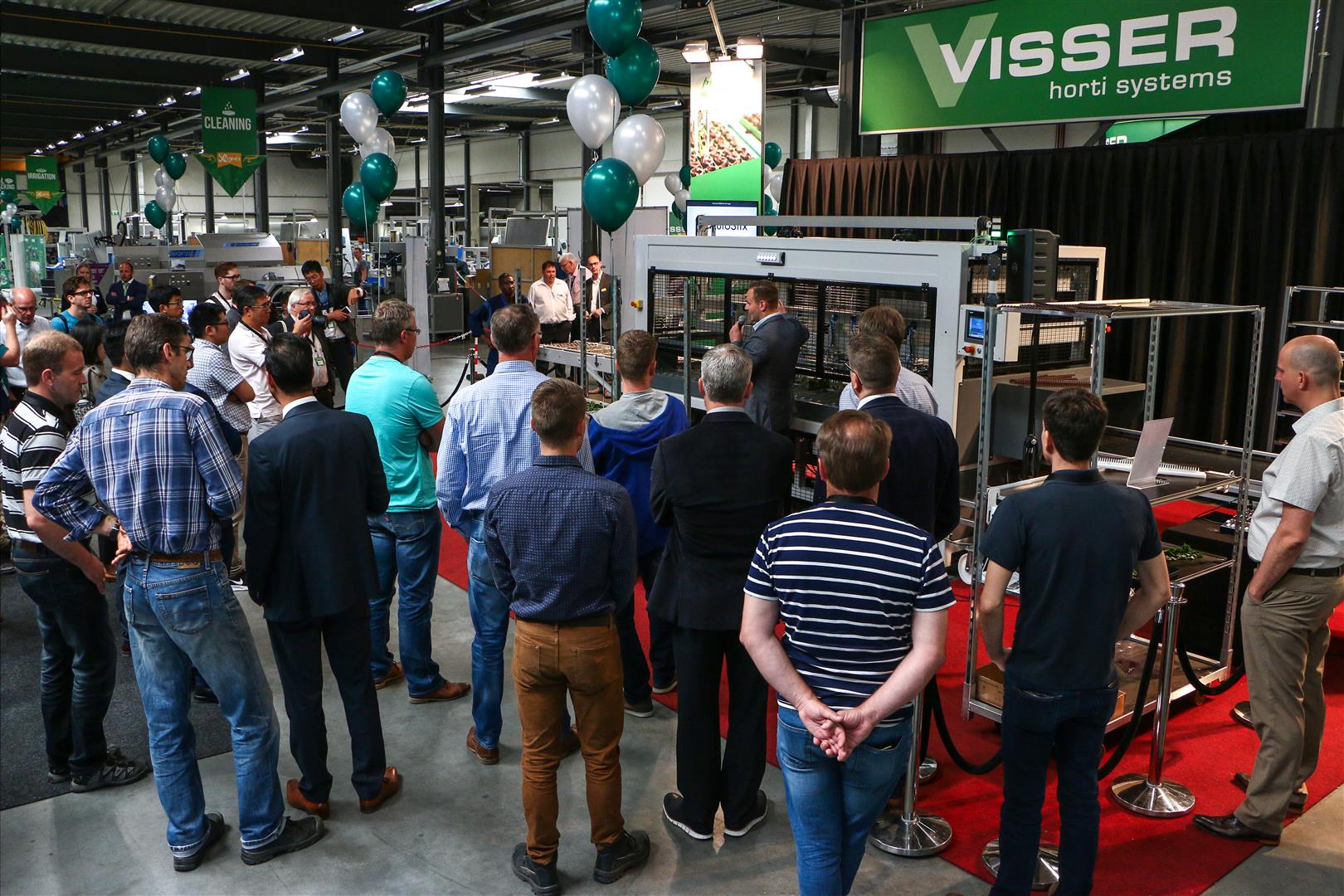 With the first two days of the Visser Open Days attracting many people from far and wide, Visser has been able to show all the successes, lessons learned and experiences it has had within the Horticultural sector over the last 50 years. With 40 Visser machines on show, 13 seminars being presented and lots of information still to be spread, it is exciting to discover how the final three days are going to play out.

The unveiling of the Autostix system at the ‘Future of Transplanting’ stage has been a focal point to the Open Days with the seminars and the live demonstrations keeping visitors awed with the capabilities of this feat of engineering. The seminars on the Autostix system lead by Ton Visser – Director of Visser, Michael Henzler – Business Development Director of Ball in Chicago, Ron Sant from Sant Greenhouses and Teun Hinze from Visser, is a highlighting point accompanying the global launch.

A large encompassing feature at the Open Days thus far has been the seminars where the interest and minds are captured of the visitors as they are inspired about the varying topics, inspirations and partnership projects that have been undertaken to date. Some of these include the coupled presentation between Visser and Costa Farms which reveals WaterWick’s results in real life applications for extending plant and flower life. Eva Dahlquist, the former head purchaser for Ikea discusses category management and the application of the product lines by AimFresh in the retail and consumer market.

There is lots more planned for the last three days with more visitors expected, seminar places filling up and loads more information to be shared, Visser management already believe that this is a great way to celebrate the first 50 years of Visser in the industry.